Korean sexuality has a rich history and culture, but it is also influenced by societal norms and expectations. In traditional Korean society, sexuality was not openly discussed and was often viewed as a private matter. However, this has begun to change in recent years as more people have become more open and accepting of different sexual orientations and practices.

The History Of Sexuality

The history of sexuality in South Korea is a complex one, shaped by a variety of cultural, social, and political factors. In traditional Korean society, sexuality was not openly discussed and was often viewed as a private matter. Pre-modern Korea had a relatively liberal attitude towards sexuality, with a strong emphasis on the importance of procreation. However, Confucianism, which became the dominant ideology in the Joseon dynasty (1392-1910), placed strict rules on sexual behavior, emphasizing chastity, especially for women, and the importance of maintaining a virtuous image. This led to strict social norms that discouraged premarital sex and stigmatized non-heteronormative sexual orientations.

During the period of Japanese colonisation (1910-1945), the sexual culture of Korea was heavily influenced by Japan, which imposed its own strict societal norms on sexual behavior. This included the suppression of traditional Korean sexual practices, such as shamanistic rituals that included sexual elements, and the promotion of monogamy and heterosexuality.

After the Korean War (1950-1953) and the period of modernisation and industrialisation, South Korea experienced a significant cultural shift. The modernisation process and the influence of Western culture, led to a more liberal attitude towards sexuality, but also increased gender inequality and the objectification of women.

In the past few decades, South Korea has seen a lot of changes in terms of sexual culture, with more liberal attitudes towards dating, premarital sex, and non-heteronormative sexual orientations. The rise of the internet and social media has played a role in this, as it has given people access to more information and resources about sex and sexuality. Also, the rise of the K-pop industry and the spread of Korean dramas worldwide has exposed many people to a more liberal and open attitude towards love and relationships.

However, despite these changes, traditional attitudes towards sexuality still persist in South Korea, and LGBTQ+ individuals still face discrimination and marginalization. The country also still struggles with issues such as gender inequality and objectification of women.

The history of sexuality in South Korea is a complex one, shaped by a variety of cultural, social, and political factors. While there have been significant changes in recent years, traditional attitudes and societal norms still persist, and there is still a long way to go in terms of achieving sexual liberation and equality.

One topic of Korean sexuality that has gained attention in recent years is the rise of the “skinship” culture. This refers to the physical affection and intimacy that is becoming more common among young people in South Korea. This includes acts such as holding hands, hugging, and even kissing in public.

Skinship is a term that originated in South Korea and refers to the physical affection and intimacy that is becoming more common among young people in the country. This includes acts such as holding hands, hugging, and even kissing in public. The term is a combination of the words “skin” and “friendship,” and implies a level of closeness and intimacy that goes beyond just being friends.

However, it’s worth mentioning that skinship is still somewhat controversial in South Korea, and it is not accepted by everyone in the country. Some view it as a sign of Westernization and a rejection of traditional Korean values, while others see it as a positive change that reflects a more open and accepting society.

Skinship culture has also been criticised for promoting unhealthy beauty standards and objectifying women as many of the female idols in K-pop are often depicted in highly sexualised ways.

Skinship culture is a phenomenon that is becoming increasingly common in South Korea, and it reflects a cultural shift towards more openness and acceptance of physical affection in public. However, it is not without its controversies, as it’s still a topic that divides people and raises questions about societal norms and values.

Another aspect of Korean sexuality that is gaining attention is the increase in the number of people identifying as LGBTQ+. While homosexuality has traditionally been stigmatized in South Korea, there has been a growing acceptance and visibility of the LGBTQ+ community in recent years. This is reflected in the increasing number of pride parades and the rise of LGBTQ+ rights organizations in the country.

LGBTQ+ individuals in South Korea have historically faced discrimination and marginalization due to traditional societal norms that view homosexuality as taboo. However, in recent years there has been a growing acceptance and visibility of the LGBTQ+ community in South Korea.

Despite this progress, many LGBTQ+ individuals in South Korea still face challenges, including discrimination in the workplace and lack of legal protections. Same-sex marriage is not yet recognized in South Korea and there is no legal ban on discrimination based on sexual orientation or gender identity.

In recent years, there have been some positive developments, such as the first openly gay soldier being appointed in the South Korean military and the Seoul Queer Culture Festival being held annually since 2000, becoming one of the largest LGBTQ+ events in Asia.

However, despite these positive developments, the perceptions and attitudes towards the LGBTQ+ community in South Korea are still quite conservative and many people in the country still hold traditional views on sexuality and gender identity.

In modern day South Korea, the sexualization of women and objectification of their bodies is a prevalent issue. The entertainment industry, particularly the K-pop industry, has been known for its highly sexualized content and performances, which have been criticized for objectifying women and promoting unhealthy beauty standards.

The K-pop industry is one of the most profitable and influential in the world, and it is closely tied to South Korea’s global image and soft power. However, this success has come at a cost, as many female idols are often depicted in highly sexualised ways, with their bodies and sexuality being used as a means of attracting and retaining fans. This has been criticised for promoting unhealthy beauty standards and objectifying women, and for contributing to a culture that sees women primarily as sexual objects.

In addition, the proliferation of the internet and social media has also led to the rise of online sexual harassment, revenge pornography, and the objectification of women in online spaces. The South Korean government has been criticised for not doing enough to address these issues.

Another issue that is related to this is the proliferation of sexual services and the normalization of prostitution in South Korea. Although it’s illegal, prostitution is widely tolerated and it’s estimated that there are around 200,000 sex workers in South Korea, many of them women.

On the other hand, the South Korean government has been criticised for not doing enough to protect women from sexual harassment and assault. The country has a low rate of rape convictions and a culture of victim-blaming, which makes it difficult for women to report and seek justice for sexual crimes.

The sexualisation of women and the objectification of their bodies is a prevalent issue in modern day South Korea. The entertainment industry, particularly the K-pop industry, has been criticised for promoting unhealthy beauty standards and objectifying women. The proliferation of the internet and social media has also led to the rise of online sexual harassment and the objectification of women in online spaces. Despite some efforts, the South Korean government has been criticised for not doing enough to address these issues. 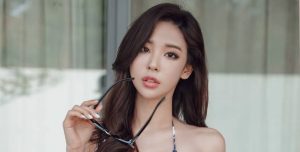